Turing machines, first described by Alan Turing in (Turing 1937), are simple abstract computational devices intended to help investigate the extent and limitations of what can be computed.  - Stanford Encyclopedia of Philosophy

There are many common denominators at the hardware and software levels between all of the phones that have NFC technology. First, all mobile phones contain a main (application) processor, and if the phone is manufactured by one of the companies listed above, the application processor is an ARM® microprocessor. There may be one or two exceptions, but if 150 current phones were sampled across all of these manufacturers, one would find that 99% of the phones contain ARM® technology. Operating systems that run on the ARM Powered® processors contained within phones from these manufacturers are similar in that they support preemptive multitasking. Most of these devices run the Linux operating system or a UNIX-based operating system.

An ARM Powered® smartphone with NFC technology contains other microprocessors on its printed circuit board (PCB). These other microprocessors consist of the radio frequency (RF) controller or contactless front end (CLF) and an optional embedded secure element (eSE). The CLF is responsible for managing contactless communication at 13.56MHz. The eSE and SE (external UICC-based or microSD card-based) are responsible for secure application execution and the secure storage of sensitive payment or identification information. A trusted OS runs on the eSE and/or SE. A mobile phone may contain both an eSE and a UICC-based or microSD-based SE. For such a configuration where multiple secure elements exist on the phone, different trusted operating systems may run on the phone's secure elements, and different trusted applications (client applications) may run on the trusted operating systems. One trusted application may be responsible for secure VISA payments, and another trusted application may be responsible for electronic identification (eIdentification).

There are numerous configurations of NFC technology on mobile phones. Each of the components described exposes one or more hardware interfaces for communication and interconnection with neighboring components on the printed circuit board. Hardware bus protocols and software communication protocols run on top of the wires that connect the individual components on the printed circuit board. These include standard bus protocols such as I²C, S2C (NFC-WI), SWP, and SPI. (more on this later). It is important to note that a typical ARM Powered® smartphone with NFC technology has a CLF that is connected to the application processor via both I²C and UART. This is good because I²C device drivers are not complicated and reading/writing to a tty on an ARM Powered® smartphone is straightforward. Lastly, the CLF typically contains an optimized 80C51 processor. The CLF may be packaged with a secure element and the secure element may contain an optimized 8051 core or newer RISC based core. The secure element will also contain dedicated crypto co-processors for performing asymmetric or symmetric cryptographic operations (i.e. FameX). Custom firmware runs on the CLF, and it can usually be updated via the host operating system over UART. 80C51 firmware for the CLF is usually C code. (more on this later). A trusted OS (e.g., JCOP) and trusted applications (applets) run on the secure element. Lastly, if the CLF and secure element are contained within a single IC soldered onto the PCB, they are usually connected via S2C (NFC-WI) internally. As a side note, ARM® designs and manufactures ARM® Keil® development boards. Arm® Keil® and Ashling are two of the most prevalent companies that sell compilers and development toolkits for embedded microprocessors such as the 80C51. Ashling sells an excellent series of in-circuit emulators (ICE) for debugging SmartMX and SmartMX2 microcontrollers. 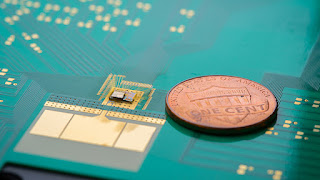 The architectural variations of the NFC hardware technology contained within current mobile phones can be summarized as follows. The most common configurations are at the top.  It has come to my attention that several of the card issuers have tested the microSD SE configuration on certain phones. The authenticity of which handsets have the physical S2C or SWP wiring between the microSD card and CLF cannot be validated, so the last column contains a -.